1.( ) I am longing for is to talk with the famous musician in person.

2.The new law enables a man ( ) money from the state if he has no work.

5.It is not ( ) true that big men are always very strong.

7.Mother ( ) me a nice present on my next birthday.

9.Only in this way ( ) achieve your goal without much vainness.

13.I was the Chinese ( ) first invented the compass.

14.Up to now, scientists have not found out how to ( ) patient of that disease.

15.Lisa had prepared carefully for her English examination so that she could be sure of passing it on her first ( ) .

17.He explained the instructions repeatedly so as to make himself ( ) .

23.Whenever we have trouble ( ) our studies, our teachers help us patiently.

24.In much of the animal world, night is the time ( ) for sleep—pure and simple.

27.We offered him our congratulations ( ) his passing the college entrance exams.

31.The mother ( ) the disappointed child and then promised to take him to the cinema as soon as it stopped raining.

37.Elderly people ( ) best to a calm and unhurried environment .

38.There ( ) a meeting tomorrow afternoon.

39.Foods quickly ( ) and break down if they are not stored.

40.people appreciate ( ) with him because he has a good sense of humor.

41.One cannot judge a person only by his ( ) conditions.

42.( ) English, he has to study a second foreign language.

43.My interest in stamp collecting dates ( ) my schooldays.

48.Now more and more people have a popular belief ( ) the world is able to run out of oil.

50.Taiyuan, ( ) in the centre of Shanxi province is a beautiful city.

53.The computers on the table ( ) Professor Smith.

55.The world is made ( ) seven continents and four oceans.

58.The red color can ( ) all our desires, including appetite.

59.Mr. Wang is one of those happy people who ( ) pleasure from helping others.

60.There are two elevators in the building, one of ( ) is special for patients.

One day, the king showed some of his best stories to a famous writer. He wanted the writer to say good of these stories. But the writer said his stories were so bad that he should throw them into the fire. The king got very angry with him and sent him to prison(监狱).

After some time the king felt sorry for the writer and set him free. When the writer returned from prison, the king ordered him to come to his palace. Again he showed him some of his new stories and asked what he thought of them. After reading them, the writer at once turned to the soldier and said,“Take me back to prison, please.”

(1).Why did people say the king’s stories were good?

A.Because they were afraid to be in trouble.

B.Because they liked the stories very much

C.Because the king was a famous writer.

(2).Why did the king like to show people his stories?

A.Because he wanted people to criticize them.

B.Because he thought his stories were good.

C.Because he liked to play a trick on other people.

(3).Which of the following is true?

C.The writer said it was good for people to read the stories.

D.The writer said he liked the stories very much.

(4).Why did the writer ask the soldier to take him back to prison?

A.Because the king didn&rsquo;t want to set him free.

C.Because he enjoyed living in the prison.

(5).What do you think of the famous writer?

A.There was something wrong with him.

B.He was a strange man.

C.He was an honest man and never told a lie.

D.He was a little afraid of the king.

70.There are some things about myself that I really like. First of all, I always make an effort to do my best. I never give up halfway without trying my best. For example, I have practiced the piano for more than twelve years. And now I am learning English every day.

Secondly, I&rsquo;m good at making people laugh. I feel happy when people smile at the thing I do. I make friends with anyone easily and now I have a lot of friends.

Of course, I also have my weak points. I sometimes feel that I&rsquo;m a bit selfish or careless. I want to overcome these faults and I believe this will make a man of me and people will love me better.

A.making too many friends being

C.being too proud or particular

75.One day an ant was drinking at a small stream and fell in. She made desperate(拼命的) efforts to reach the side, but made no progress at all. The poor ant almost exhausted（精疲力竭的）was still bravely doing her best when a dove saw her. Moved with pity, the bird threw her a blade(叶片) of grass, which supported her like a raft, and thus the ant reached the bank again. While she was resting and drying herself in the grass, she heard a man come near. He was walking along barefooted with a gun in his hand. As soon as he saw the dove, he wished to kill it. He would certainly have done so, but the ant bit him in the foot just as he raised his gun to fire. He stopped to see what had bit him, and the dove immediately flew away. It was an animal much weaker and smaller than herself that had saved her life.

D.she asked the dove to save her

B.the ant had been struggled in the water for a long time

C.she was the ant’s friend

B.the dove hid himself in the grass

C.the ant told the dove to leave at once

D.he felt something biting him in the foot

A.we often need help from others, therefore we should help others as much as we can

B.how the ant and the dove helped each other

C.how kind the dove was

D.how clever the ant was

80.Today anyone will accept money in exchange for goods and services. People use money to buy food, furniture, books, bicycles and hundreds of other things we need or want. When they work, they usually get paid in money.

Lots of the money today is made of paper. But people used to use all kinds of things as money. One of the first kinds of money was shells. Shells were not the only things used as money.

In China, cloth and knives were used. In the Philippine Islands, rice was used as money for a long time. Some Africans once used elephant tusks, monkey tails, and salt as money.

The first metal coins were made in China. They were round and had a square hole in the center. Different countries have used different metals and designs for their money. Later, countries began to make coins of gold and silver.

But even gold and silver were inconvenient if you had to buy something expensive. Again the Chinese thought of a way to improve money. They began to use paper money. The first paper money looked more like a note from one person to another than the paper money used today.

Money has had an interesting history, from the days of shell money until today.

A.square-shaped with some designs on them

B.square-shaped with a round hole in the center

C.round-shaped with a square hole in the middle

D.round-shaped with a round hole in the middle

B.people need money to exchange goods with each other

D.money must be suited to carry

85.Women are terrible shoppers. They spend a lot of time shopping and they only buy a few things. My wife is one of them. Sometimes she shops all day and she doesn’t buy anything. She tries on clothes all day and then doesn’t bring anything home. This seems mad.

She&rsquo;s too fussy. She only likes a few colors, Her favorite colors are blue, green and yellow. She doesn’t like red and pink. They are too bright and they don’t suit her. And brown and gray aren’t bright enough. Oh, she’s fussy.

This week, my wife bought herself a fur coat, and a ready-made suit dress, that is to say, a coat and a skirt. She wants to find a silk blouse to match them. She’d like to buy a hat, too. In this way, she says, she will be in the very latest fashion. It seems that the suit she bought three weeks ago is already out of date.

B.do a lot of shopping but buy little

D.buy too many things at one time

D.a fur coat and a skirt

A.she tries to look younger than her age

B.she is keen on the latest fashion

C.she is fuzzy about changing colors of her dress 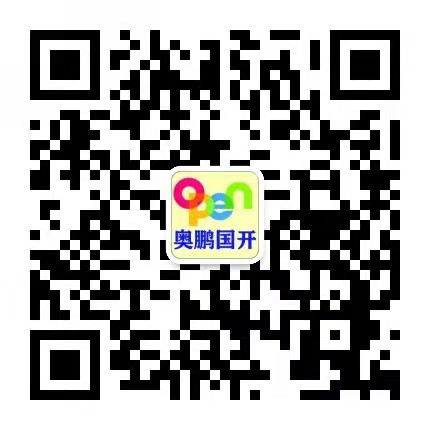